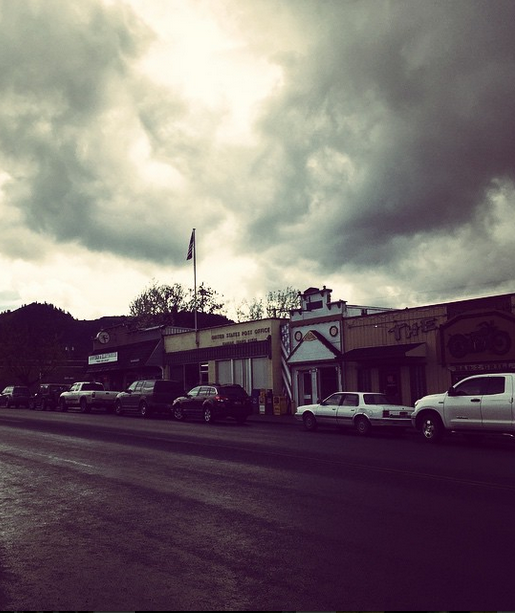 We have crossed the threshold of two weeks in our new town. As I glanced back over the time spent here, I wanted to share a few fun firsts that I have experienced.

For the first time:

1) I was awoken in the middle of the night by a town siren.

Me: Trent, do you know what that siren means?
Trent: Maybe it means the dam broke.
Me: That’s not funny. Do you think it broke?
Trent (now looking out the window): No one is running around. I don’t think we need to worry.

We later discovered that the town siren alerts the volunteer fire department letting them know that they need to make haste to the fire station (remember that thing I told you about poor cell phone reception? I guess this was their way to side-step that issue).

2) A man who also lives and works at the RV park saw that I had gone for a walk with a friend the evening before in the park across the street. He offered to loan me his hand gun in the future, just in case an animal might be out there.  It’s nice to know people care ‘ya know? Apparently it is simply assumed that women know how to handle fire arms because that was never questioned.

3) A pastor made a house call after we visited his church for the first time. We sat on the “front porch” of our little home, sipped water and shot the breeze for two hours. Later that same pastor called to see if we would have any interest in some free steelhead trout. We said we would and within a few hours a man showed up at our doorstep with fish in hand. How’s that for hospitality?