While visiting the Monterey Bay Aquarium this week, we had the opportunity to observe a feeding in the “deep sea” display. As the woman at the mic explained details of the sea creatures before us, I was immediately impressed by the defense tactics displayed by the sardines.

Living in a habitat of deep open water, void of obvious hiding spots and without the advantage of size to aid in their protection, sardines rely fully on one simple strategy: unity. Moving as a cohesive unit, the motion of their silvery bodies make it difficult for prey to hone in on one specific target. The only hope for successful prey is to attack the group head on. If the enemy fish can get the group to scatter it will create vulnerably and most likely, lunch. 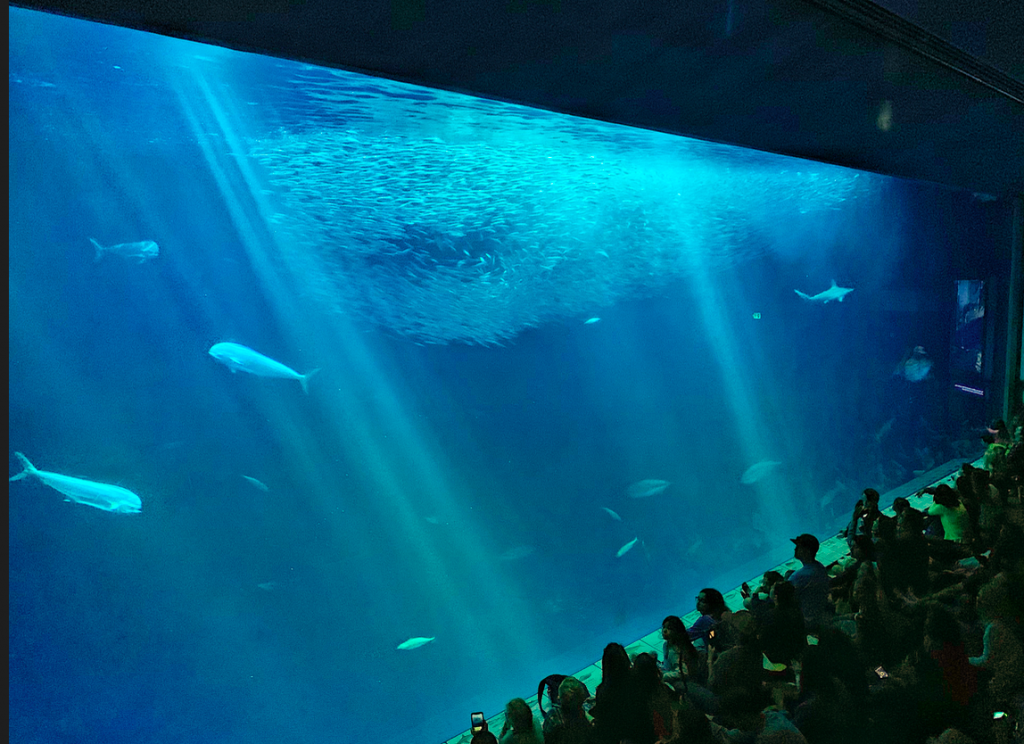 My mind could see a strong correlation to the body of Christ. As believers, unity is paramount to our mission. So much so that it was among the very last things that Jesus Himself prayed for in the night of his betrayal (see John 17). Why would the topic of unity be at the forefront of His mind in a time of such impending pain? I believe He understood that the battle He was about to face in order to free us from the shackles of sin and death would need to be proclaimed throughout the waiting world by people like you and me.

If the enemy (who seeks to steal, kill and destroy) can first create division, he can sabotage our role to play in this important mission. A fragmented message delivered through bickering believers carries little weight. This message of Christ’s hope holds the weight of the world in its balance. 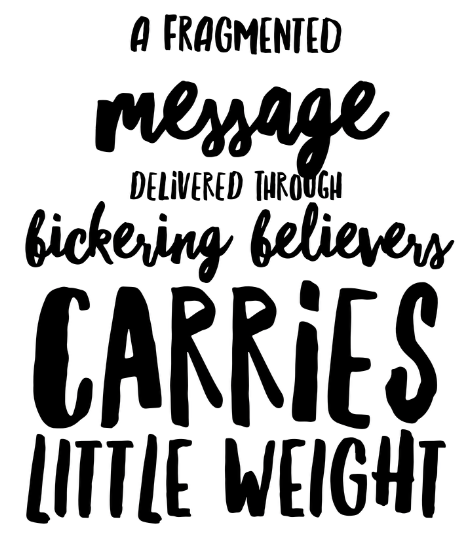 Below are a few snippets of the prayer that Jesus prayed in the garden immediately proceeding his arrest which led to his crucifixion. Notice His longing for us to experience the same kind of unity as He experienced with His one Father in heaven! May we prayerfully desire this same kind of unity in our marriages, homes, community as well as our local and global body of believers. Jesus make us one even as you and Your Father are one!

“I do not ask on behalf of these alone, but for those also who believe in Me through their word; that they may all be one; even as You, Father, are in Me and I in You, that they also may be in Us, so that the world may believe that You sent Me. The glory which You have given Me I have given to them, that they may be one, just as We are one; I in them and You in Me, that they may be perfected in unity, so that the world may know that You sent Me, and loved them, even as You have loved Me.” John 17:20-23 (emphasis mine)

The more we travel, the more our hearts long to see this unity lived out in and through us and the greater body of Christ.

Tomorrow we will leave central California and head to Arizona. This Sunday I will begin my 5-day fitness instructor training.  To say that I am excited to experience the unity of purpose and heart of the group I will be training with would be an understatement. I would love to ask for your prayers as I enter into this space. I’ll soon be sharing specific ways you can be praying for me as well as a way for you to live stream some of the instructor training events directly so stay tuned for those details!