I wake and know immediately where I am—a sure sign that we’ve been firmly planted for some time. Although our surroundings are not new, today’s agenda is: it’s Trent’s birthday. This man is at the quintessential tippy-top of my favorite people list. While previous plans had us celebrating his birthday with family in Minnesota, it’s here and we’re not there—time to get creative.

In Minnesota, Trent would wish for a breakfast of Bismarck donuts, fresh from the local store. Here we will improvise. I’ve been trying out a new bread recipe from The New Artisan Bread in Five Minutes a Day book. It allows me to make dough in large batches and store it up to two weeks in the fridge. Whenever I’m ready for homemade awesomeness, I simply pull off a hunk, let it rise on the counter, then bake till golden. It’s heavenly. This morning we need a taste of heaven. I use the dough to make gooey caramel rolls and our day begins with sugar-laced gluten and a happy birthday song.

The middle of our day is filled with a waterfall hike and eating samples at Costco. Like a tourist, I take photos of the ketchup-flavored potato chips in the snack aisle and poutine (fries with gravy and cheese curds) available at the food court. 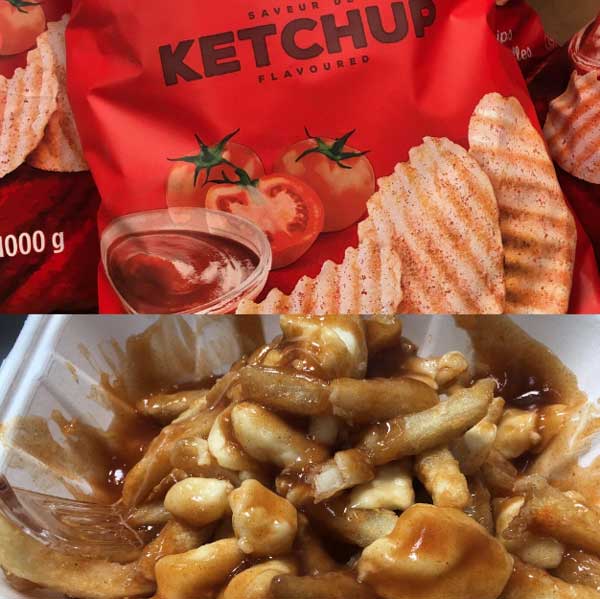 Leaving Costco, we head north to the day’s crescendo. Through a glorious set of circumstances, we have made friends with a local couple who dream of living on a sailboat. After taking the first bold step of the process: purchasing a boat, they’ve now moved on to step two: learning how to sail. Incredibly, we learn that the entry point to this self-education endeavor is reasonably accessible and affordable, if you are willing to assert yourself. Every Tuesday and Thursday throughout the summer a sailboat race commences on Lake Ontario near Pier 4. Those willing to volunteer as crew for the races are welcome aboard—no experience required. In exchange for your help on board, you learn valuable sailing skills. Tonight Trent has been welcomed aboard as the newest crew-member for the evening race. 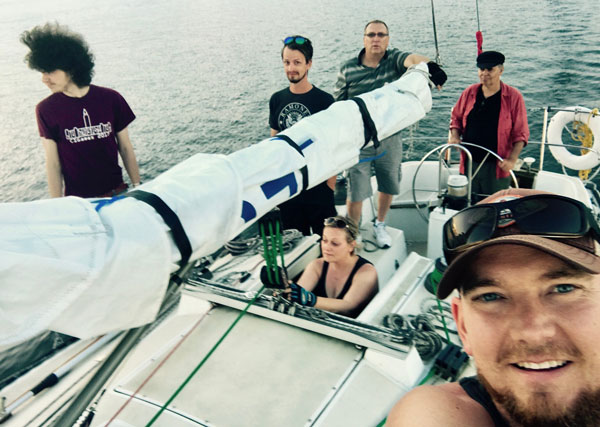 While Trent sets sail, the kids and I settle in at the nearby park where a large landlocked tugboat awaits young sailors aboard for high jinks*. I’ve brought my beach chair, binoculars and kindle so I’m set for the next several hours.

Surrounded by sailboats and seagulls, I begin my book, At Home in the World. Within moments I set it down. The local rowing club has commenced their evening activities and an entertaining parade of activity has begun. The crew’s launch route takes them directly in front of my chair as they move their long, slender boats from storage to the water’s edge. 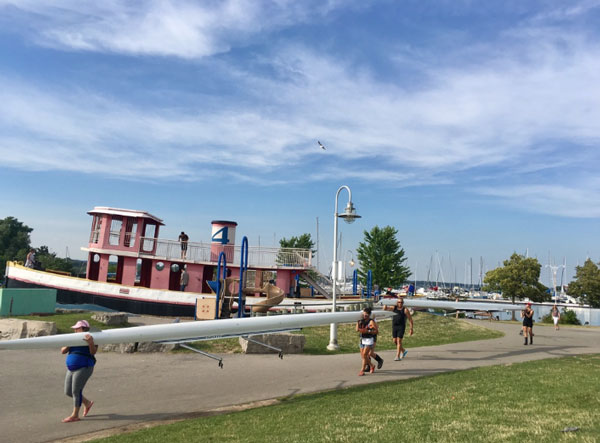 They march in line, many of them balancing the boat on their heads to the dock nearby, before working in unison to flip and lower it into the water. I’m too caught up in the activity unfolding before me to care about my book. Forget being swept away in a story, mine is playing out in real-time. 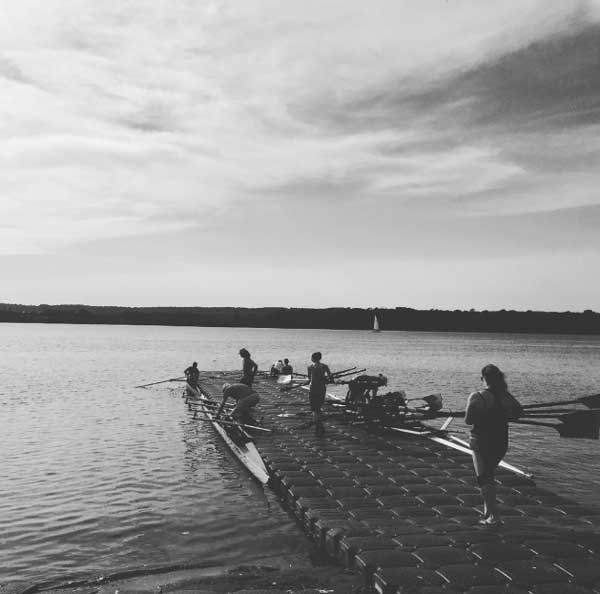 Thirty minutes later, the last of the rowers have dispersed upon the lake and my solitude has returned. I pick up my book. I read long enough to find two new vocabulary words to use in upcoming blog posts: high jinks and chiaroscuro. Moments later, my reading is again interrupted as a policeman arrives and asks for assistance in locating an overturned boat. A crowd congregates, filling in the space that was recently left vacant by the rowers. I hear rumors spreading like wildfire that someone has drown, yet I’m doubtful in the absence of an ambulance. For the next few hours I rotate between my book and binoculars as I, along with a small, dedicatedly curious crowd, survey the scene of an overturned boat recovery. 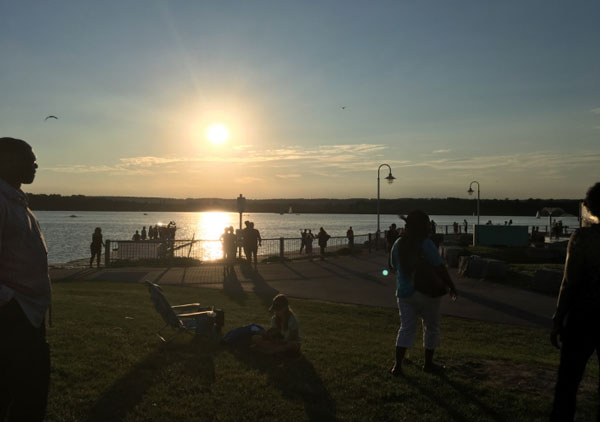 The sun dips his head below the horizon and the strobing lights from the police car illuminate the dusk with an eerie glow before Trent returns from his race. He is giddy from his evening activities. When I ask him to rate the experience, he impulsively responds, “It was a 10!” Meanwhile, the boat rescue has also just come to a close. Sitting beside my chair on the grass is an enormous hang glider that was pulled out of the water moments before. After hours of rumors and speculation, I finally piece together the story from a rower who was out on the water at the time of the crash.

“We were out rowing when we saw a man hang gliding above the water with a small boat attached beneath him! Suddenly, the glider took a steep turn and careened into the water, submerging the boat. We were there within minutes. Thankfully no one was hurt, but it took forever to get all of his stuff out of the lake.” 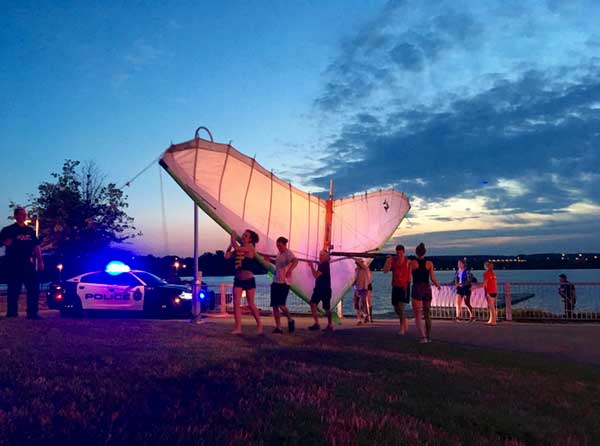 It’s an incredible story. We return to the car, fingers interlocked, marveling at this world that we live in. We broke down in an unknown town two weeks ago and now we find ourselves watching a hang glider accident recovery, row team practice, and participating in a sailboat race with new friends. Indeed, this birthday that began with sugar ended pretty sweetly as well.