Maybe you remember that time I recently stepped outside the RV and was met with the sight of a blazing fire licking the sky from the rooftop of a neighboring motorhome.

I rushed over to assess the situation and offered a consoling hug to the lady dressed in a teal robe who had just exited her flaming fortress. While we stood together in the dark evening, faces illuminated by the glow of her burning rig, all I could do was whisper, “I am so very sorry” over and over to her. It was a crazy, crazy thing to witness and it has been permanently burned into my memory.

Later that evening, after the firetrucks had come and gone and we were tucking our kids back into their beds, I thought to myself, “We need to plan a day to have a RV fire drill.” 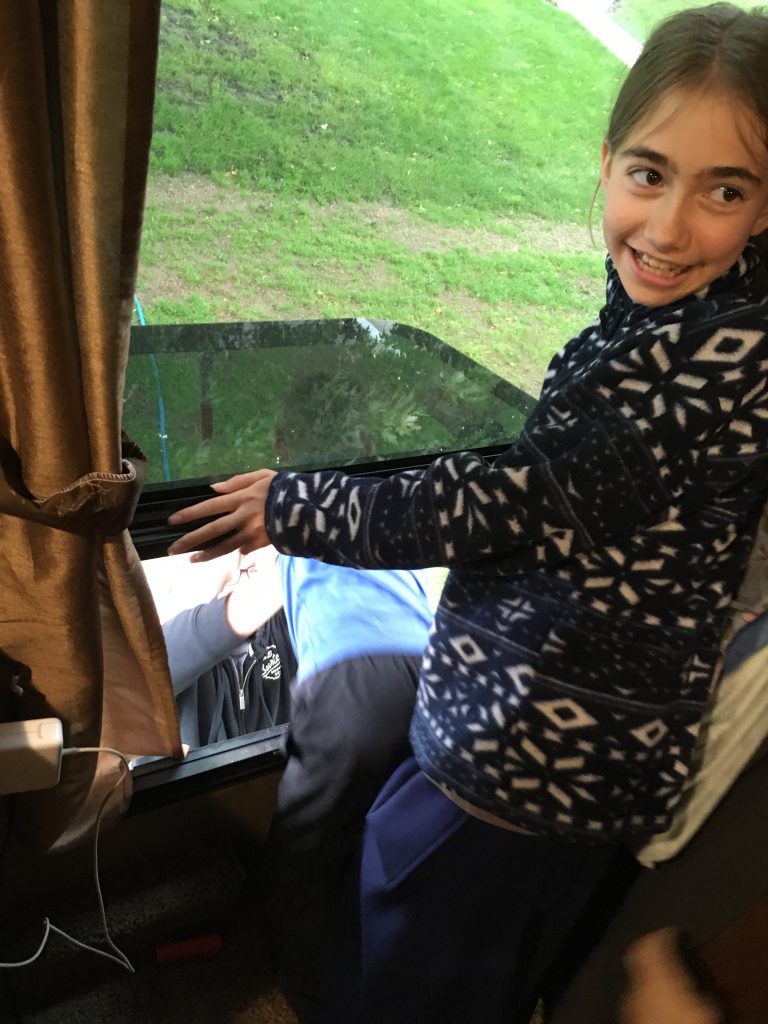 This week was the week for said drill. If you could have sat with us in the RV while we talked about how to safely exit the RV in the event of a fire, you would have felt the excitement. When we closed all the window shades and told the kids to crawl into their beds and pretend to go to sleep, they were giddy with anticipation. After they each had a turn to exit the escape windows and pretend to be the fire and mimic using the fire extinguisher, I was stifling giggles at how much fun the kids were having. I literally heard our youngest say that he wished we could have a real fire so we could have more fun like this again. Aaaaand that’s when I feared he’d somehow missed the entire point. 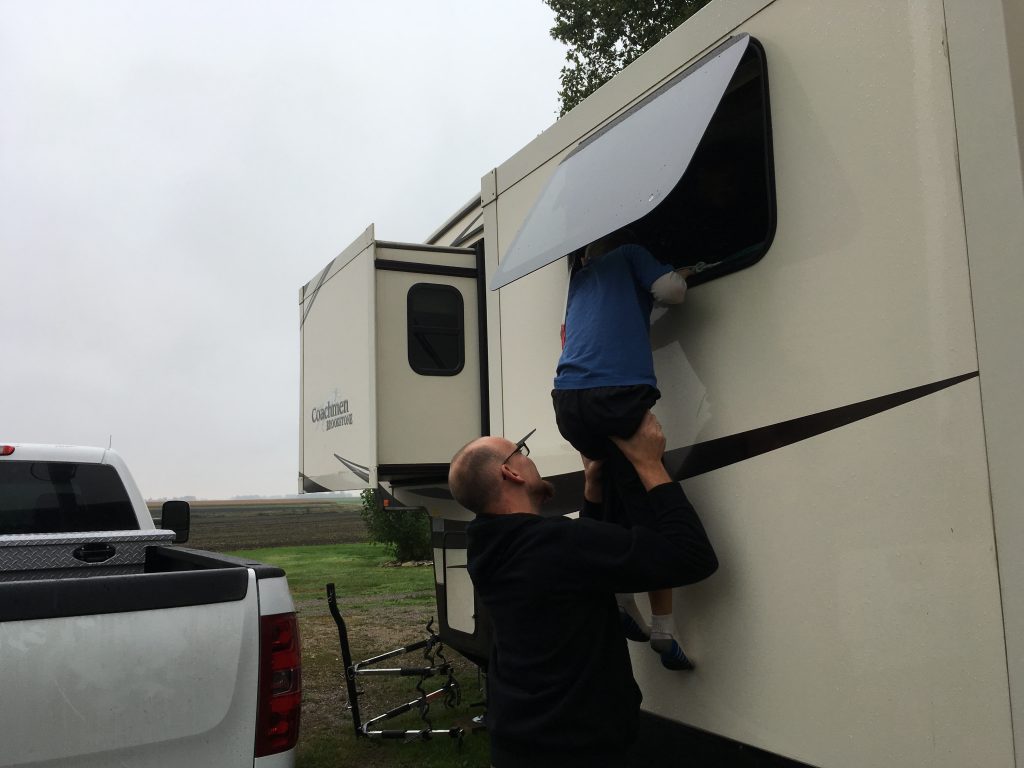 2 thoughts on “When a RV fire is fun”